I’ve been lucky during grad school to be ensconced in a place where East Asia matters a great deal and I have to spend very little time explaining why people ought to care about my area of study. In a rare reversal, we are sometimes accused of suffering from the ‘Middle Kingdom mentality’ – wearing blinders to other areas (it’s something I try very hard to avoid, but at the same time – I’m thankful to have the experience of being in such an Asianist-friendly cocoon!). The same cannot be said about the gaming world, where a constant frustration is the lack of attention paid to non-Western areas (with the obvious exception of Japan). When I was actively writing, it wasn’t quite the obvious blind spot it is today (Nexon’s success flew, more or less, under the radar, and the explosion of free to play hadn’t yet happened) – but with the increasingly important role non-Western or non-Japanese companies are playing in the global milieu, the blinkered outlook is seriously problematic.

Several weeks back, an article appeared on Kill Screen that made me a bit frothy – entitled “Will Work for Fun,” it was a critique of the f2p model with a healthy dose of Weber. The hysterical criticism of f2p games is old hat at this point, but several points here rubbed me the wrong way (it rubbed Jesper Juul the wrong way, too , but for different reasons). It was a nice example of the excessively Western-centric point of view that needs reevaluation. The piece started from an unstable premise and that didn’t help matters:

In its purest form, play is a creative act negotiated between two people without intermediary. I am not playing when I’m interacting with a videogame, I’m accepting someone else’s rules and experimenting with them, allowing the designer to delimit my instincts for behavior. Doing this with another person feels like a waste of time, an inherent loss of the generative possibilities of play without intermediary limits. Videogames are the experience of being ruled. In contrast, play is the experience of generating new rules in collaboration with someone else. The idea that “play” is free is redundant. It is only ever free. As soon as money is involved it no longer simply “play” but a perverse form of labor, proving one’s worth as a participant in, and exponent of, the zeitgeist.

My first question was ‘Who came up with this definition of play?’ – it’s not one I agree with (play is ‘the experience of generating new rules’? So anything that’s not generating new rules is not play? That’s an awful lot of playful activities – even ignoring videogames – excluded). While I’m hardly the arbiter of all things play related, I have spent enough time researching games and playful things to know that there’s a wide, wide world of what constitutes play, and saying that as soon as money is involved it becomes ‘labor’ is overstating the case just a smidge.

The ‘Protestant work ethic’ is brought into things and further muddies the waters:

With the emergence of professional pastimes in the 20th century, the Protestant work ethic becomes a philosophy of play as well as vocation. Michael Jordan is not a world-class basketball player because of his innate skill, but as a reflection of 15 years of labor spent improving his efficiency relative to the particular rules of basketball.

This is not an exclusively 20th century phenomenon, nor is it an exclusively Protestant one. I’ve already written about the Confucian fantasy of meritocracy and its relation to weiqi. To sum up, the ‘traditional’ Confucian ideal was that one cultivated skill at weiqi – it was not dependent on innate skill (indeed, innate skill was not something to be prized), but careful years of self-cultivation. I suppose one could argue that this is simply another form of labor-as-play, but the capitalist narrative sort of falls apart if we’re discussing Song dynasty China, no? Surely there’s something else going on here. Now, lest anyone think I’m simply nitpicking, return to the beginning of the article, which specifically picks out East Asian gamers in an East Asian context – and East Asian companies. Is the affection for games that are ‘evidence’ of the “Protestant work ethic” illustrative of that, or some latent Confucianesque approach to play and development of self? 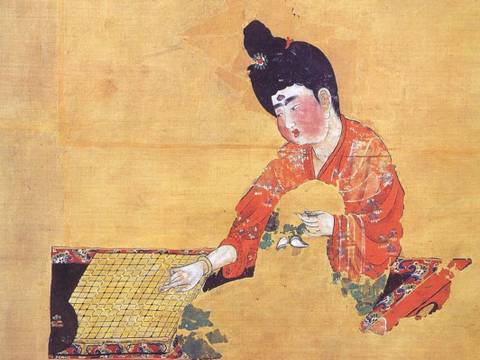 Well, quite possibly it’s neither, or a little of both. I’m not arguing for an essentialist reading, some Protestant vs. Confucian face off (that’s silly), or saying that the labor-as-play model doesn’t work in a number of contexts (it does) – because really, the territory has yet to be adequately mapped. There has been precious little study of games in pre-20th century East Asia, slightly more regarding digital games in East Asia, and the Western press/blogging community takes a sneering and insulting attitude towards the Asian market (with the necessary exception of Japan, of course). It has always really rubbed me the wrong way – just because you might have no interest in playing XYZ game doesn’t mean it isn’t valuable to discuss it. Turning up our collective noses at Korean or Chinese games (for a quick example) because they’re long, slogging grinds is short sighted at best. I don’t play most of the titles that people are playing, but I try and maintain at least cursory impression of what’s going on. I certainly don’t claim to have a firm grasp on the intricacies of the Asian market(s), but I certainly acknowledge the need to acquire a better understanding of the processes at work. It’s on my to-do list, and I hope it’s on the to-do list of many others.

The critique in many ways seems to be an outgrowth of the disdain with which f2p MMORPGs were treated four or five years ago – but the territory has just shifted, and now we can’t simply turn our noses up at them. When people make statements like f2p was “a unique idea that made sense in China and Korea, where loot-hoarding games like Ragnarok Online, The Legend of Mir, and World of Warcraft found a perfect match with internet bar culture,” do they stop and think why that is? Are we going to argue that somehow, South Korean and Chinese players are more ready to soak up whatever capitalism is selling – insidious somethings that have made their way West?

How can anyone have fun by obediently following the rules someone else has set out for them?

I was a bit speechless by this point, for the mere reason that “following the rules someone else has set out for them” describes a number things (pre-capitalist things, even) undertaken by humans for the purposes of “entertainment” and “fun” and “play”. Let’s not get so wrapped up in spouting largely justifiable critiques of capitalism that we start making very little sense.