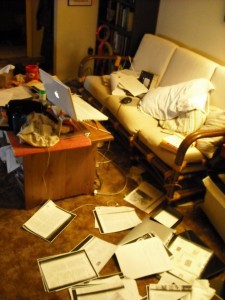 Because isn't this what everyone aspires to?

Another day, another disgruntled post on how breaking into games journalism is hard (well, more a post about how breaking into games journalism is hard and I QUIT). I was struck yet again about how similar it all is to academia – so many people wanting so few positions, the same advice given to aspiring hopefuls (‘Don’t do it’), the complaints about that advice not being supportive enough, the accusation that it’s an exclusive and exclusionary club. Yet I think the author misses the mark here: it’s not necessarily an exclusionary club, and all the help in the world from people who have ‘made it’ won’t spell success for all the hopefuls. There are too many people who want jobs, or even just occasional nibbles on their freelance pitches, and not enough jobs; even when you remove all the people who don’t have the writing or intellectual chops, there are still too many people. Just like there are too many English PhDs and not enough jobs for English PhDs (insert department of choice here – it’s true for most of them, to some degree or another).

The ‘don’t do it’ advice is not so much exclusionary as it is cautionary. People say it knowing that the gung-ho person asking for advice is probably going to do whatever it is they’ve planned on, regardless. Sometimes it’s advice given from a position of knowing a lot about someone’s work. What we think about ourselves is often not what others see: it doesn’t matter how good a writer you think you are if you can’t convince others you’re brilliant. But regardless of raw talent or qualifications, the ‘don’t do it’ advice underscores a fundamental truth of breaking into games journalism (or academia): for most people, trying hard and being good isn’t enough. There is a high chance of failure, not because journalists are big mean exclusionary jerks, but because there aren’t enough jobs. Whether the author in question ‘worked hard enough,’ I don’t know – but even if he did, the chances of success are not stellar.

Of course, some people do make it, and a couple of people responded to the original posts with tales of success and the difficulty in finding that success. Scott Nichols gave us a nice article on the ‘club,’ and then another touching on some related issues. Brendan Keogh wrote a nice post about his success thus far. After some perfectly reasonable advice on how to break into games journalism, he has this to say:

It occurred to me that – since he’s a smart & witty guy* who had just written in preceding paragraphs about “the ‘just keep writing until you make it! Don’t give up!’ crap pep talks” – this was perhaps a bit tongue in cheek, and what follows is certainly not an attack or criticism of his post, but I’m using it as a jumping off point. Because the ‘You can too!’ optimism is … not true. Rather, it isn’t going to be true for most people, and these kinds of statements are indicative of a problem that goes far beyond games journalism. It’s the insidious lie that if you just work hard enough and want it badly enough, you too can be a success!, something that has been drilled into – at least in the US – most people’s heads since childhood. It’s not true. It never has been true, and repeated statements to the effect that it IS true will not make it so. Sometimes, despite raw talent and ability, and despite doing everything ‘right,’ you will fail to attain your goals. In the case of academia or games journalism, both places where (for the most part) there are far, far more qualified applicants than there are available spots (freelance or salaried), chances of failure are quite high, no matter how talented you are or how well you sell yourself.

There is an element of luck to all of this. It’s something we don’t like to admit: a lot of success or failure has absolutely nothing to do with us and a lot to do with how things fall into place. I don’t mean to suggest that people who have ‘made it’ have done so without a lot of hand work, and have simply lucked into their positions. And while I don’t always like playing counterfactual history, it’s perhaps worth pondering if, say, Leigh Alexander would be where she is today if she had tried starting her career two years earlier, or two years later. Maybe she would be, or maybe not. I would offer that Leigh partially got her start on GameSetWatch, which no longer exists at all & hasn’t existed in that circa 2007 form for a pretty long time (closing off that particular avenue for aspiring Leighs-to-be): institutions (and the people involved in them) have a big impact on careers (a point I will return to shortly). On a personal level, would I have had the scrap of a “career” I did had that job opening been posted at another point in time? No. Would Kotaku of today hire me, or have need of putting up such a posting? No.

Or, another example, this one culled from the academic world. I spent my dissertation year in Shanghai supported by the prestigious Fulbright-Hays DDRA fellowship. In typical grant fashion, these things are decided on the basis of a ten page prospectus of your dissertation topic, a two page bibliography, and three letters of recommendation from professors. The LORs were out of my hands after I secured letter writers, but I spent a lot of time and effort putting together the best prospectus I could. I won one. But had I applied one year later, my letter writers would have been the same, my project would have been the same, and I would have left empty handed, as the competition was cancelled due to lack of funding. The year before I applied, two of my classmates both won the Hays – would I have been just as successful that year? Maybe, maybe not.

To say that some of my success was due to timing is simply to acknowledge that much of what happens in our careers has very little to do with us. It doesn’t mean that I think I was undeserving, or that my project isn’t good, or that I didn’t work hard. But I’ve found my graduate career a fine balancing act between self-criticism (‘I did XYZ very poorly and it needs work’) and admitting that sometimes, despite our best efforts and the quality of our offerings, the ‘stars weren’t aligned.’ Again, I don’t believe things are predetermined or that hard work has nothing to do with success – but I think we’d all be better off if we just admitted that yes, being in the right place at the right time, or knowing the right people, or any number of other things that have nothing to do with our talent or ability can impact our careers or lack thereof.

It doesn’t mean ‘don’t ever try,’ but it means ‘be prepared for failure.’ And preparing for failure is difficult and painful, especially when you are working your hardest and doing your best at the same time. I’ve given some really depressing advice to undergraduates thinking of grad school, and it’s not coming from a place of bitterness or failure – just one of being tired, and of being aware of how much the daily grind really takes out of you. I think the same can be said for the ‘don’t do it’ camp of battle-tested freelancers and writers. It’s hard. You’re probably not going to make it. And you need to go in understanding that the chances are you’re investing a lot of time, tears, and writing into an unsuccessful venture. Just as aspiring PhDs need to be comfortable with the idea of investing an unholy amount of time and effort and have absolutely nothing to show for it at the end in terms of long-term, gainful employment. 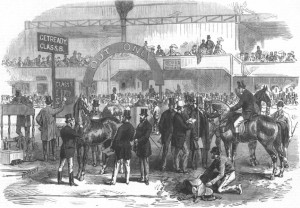 Which leads me to a seemingly unrelated issue. There is absolutely an element of gamesmanship or showmanship here (academia, games journalism, whatever) – knowing how to package yourself to hopefully get the best results – but it’s hard to know how to play the game if you’re ignoring the game. And, for the most part, people ignore the game of games journalism (there’s a touch of irony here … somewhere … maybe). It’s incredibly difficult to know how you fit into the bigger picture if you’re paying no attention to it, and the ‘But I love it so’ statements ignore the bigger picture. This is not entirely the fault of stars-in-their-eyes wannabe journalists: one of my greatest frustrations with the chatter of games journalism (or – more to the point – the critiques of games journalism) is that we spend astonishingly little time thinking about structures, about how all these different parts fit together. How does the aspiring writer fit into the system? How do the freelancers fit there? The stars? How do pressures from above impact the sorts of writing being produced – or who is being hired? Once we get past obvious hot button issues like ‘breasts = page views,’ there is precious little to be said about how all of this writing, all this knowledge is produced. You know, the producing that people want so badly to be doing.

We spend a lot of time lauding or tearing down individual writers and publications, and very, very little time thinking about how they fit together, or what they say about this culture of writing, reading, playing, consuming. It is mostly guaranteed that any time criticism or defense of a particular publication comes up, comments sections will be stuffed full of mind bogglingly ignorant commentary on how publications function, how it is that writers conduct their business. And really, it’s hard to blame such commentary on willfully ignorant participants – we never talk about structure(s), so why would anyone bring such things up? I would go back and cull a few examples from discussions that happened a few years ago, but it’s too depressing. Instead, I’ll just say that while academia is hardly a model to be emulated, a little more of the self-aware, self-critical examination of the ‘big picture’ (Ã  la – dare I say it? – area studies) would be useful for all of us, past, present, and wannabe writers.

It won’t stop the frustration of people who feel they’re outside of the ‘club,’ and it certainly won’t stop the the fact that most people aren’t going to be successful, but it may take the edge off that ‘don’t do it’ advice. It may give us a little insight into how things function in this little journalistic subculture of ours, and really – won’t we (and our work) just be all the better for that?

*I had a crazy dream a few nights before I posted this that Brendan took serious offense to this & it led to a lot of people I’m very fond of on Twitter, like Kris Ligman, getting angry at me & saying particularly nasty things. It goes without saying that I hope that doesn’t actually happen, since none of this is coming from a place that’s critical of Brendan!

5 comments for “A few notes on obvious matters”