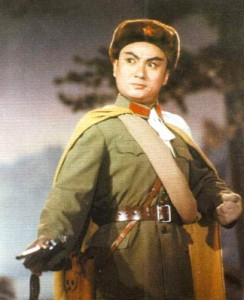 Part 1 of 2: Notes on the conceptual background

I get my best thinking done in transit. Â In Shanghai, this means while riding the subway and/or walking; back in the US, commuting by car frequently proved productive. Â My research paper on Meng Chao & Li Huiniang was largely “written” on my daily commute to & from school; I had more than one epiphany (however small) while traversing the 52 between 805 and the 5, headed to Gilman Drive.

On one such occasion in the fall of 2009, I was pondering a paper for my historiography class on 20th century cultural history in China. Â I mostly focused on the problem of dichotomies and turned to a perennial favorite of mine – the introduction to Andrew Jones’ Yellow Music: Media Culture and Colonial Modernity in the Chinese Jazz Age (Duke, 2001). Â In the intro, which is (in my mind) the most sophisticated, readable, understandable, and flat-out useful explication on “colonial modernity” out there, he points out a couple of things that I’ve continued to trot out over the years. Â Most importantly, in describing jazz culture in Republican China (this can be extended much more broadly), Jones points out that we can’t simply see cultural production in terms of either/or – he notes the “folly” in understanding Chinese jazz as merely “an example of Western influence on Chinese musical forms,” or “Chinese” being “merely adjectival” (7). Â Instead, we “need to look at the ways in which both (and indeed all) parties have been and continue to be inextricably bound up in a larger and infinitely more complex process” (10).

From Jones’ Republican jazz, I hopped to my own area of research – post-1949 cultural production. Â Chen Xiaomei’s Acting the Right Part: Political Theater and Popular Drama in Contemporary China (Hawai’i, 2002) is a work I have serious reservations about, but she does at least underscore one point that any student of cultural issues in the PRC bumps up against: the idea that the socialist period “produced no works of â€˜literary excellenceâ€™â€ is a â€œdismissal generally accepted by students of modern Chinese literature and culture” (20). Â Part of the idea that no cultural achievements were reached is that everything in the 1950s, ’60s, and ’70s was politicized, and politicization is somehow antithetical to art. Â I ran up against this while taking a course on “modern Chinese literary thought.” Â We read from Liang Qichao & other late Qing intellectuals up to 1949 … then picked back up in the 1980s. Â “Everything is political after ’49,” was one explanation on why we just chopped thirty years out of our study on the topic – as if politics magically disappeared after 1976 or 1979 or 1989 (they didn’t, obviously – nor were they introduced in ’49, hence the strangeness of using “politics” as an excuse. Â I would’ve been more comfortable if we’d just said, “It’s hyperpoliticized and kind of boring. Â Onwards to post-modernism!” Â Which can also be very dull, just in a different sort of way). 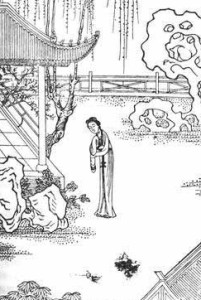 In any case, the idea that the first few decades of the PRC were a cultural deadspace is one that still persists, though plenty of talented scholars have tackled this with aplomb. Â Certainly, politics are unavoidable – one of my favorite examples is a 1959 edition of The Peony Pavilion, where the beautifully written introduction spent eleven pages (nearly 1/3 of its page space) detailing the modern political merits, particularly the staunch anti-patriarchal and anti-Confucian character, of a play written in 1598. Â But at a conference last year, a more senior scholar kindly told a few of us fledgling PRC historians not to let anyone tell us that our sources are “just” propaganda – as if Qing and Republican archives aren’t stuffed full of it. Â He had a very worthwhile and valid point. Â I’m actually quite fascinated by the political hoops (like justifying study of one of the glittering achievements of Chinese drama on the basis of being anti-Confucian, anti-patriarchy, and anti-a-lot-of-other-bad-things) Â intellectuals and artists had to jump through in the socialist period, but we’ll return to that another day.

Back to driving. Â As I was turning over this problem of cultural deadspace in my mind, my thinking came around to the sort of problems future China scholars who study games and digital media were likely to face. Â And it came to me rather suddenly that this problem – the problem of large swaths of culture in Mainland China being dismissed out of hand – is actually going to get worse, not better. Â And it’s not because I think scholars are going to be dismissing post-1976 cultural developments as having no artistic value due to hyperpoliticization. Â Not quite. Â No, one of the problems I’m thinking of is respect for intellectual property rights, or lack thereof. Â One of the problems is shanzhai.

Backing up a bit: when I wrote for Kotaku, I spent most of my time posting things that usually didn’t appear on the site, particularly on East Asia outside of Japan (I had a semi-regular post category dedicated to hilariously bad press releases from Chinese game companies, for example). Â I read a lot of comments on a lot of articles and one of the most pervasive attitudes was “Oh, all that stuff is just a crappy Chinese or Korean knockoff of World of Warcraft anyways.” Â Now, the attitude that Chinese games suck is not confined to Western gamers and pundits; one of my Chinese friends is baffled that I have an interest in Chinese games. Â “But Chinese games aren’t any fun to play!” he points out when the subject comes up. Â I usually respond that a lot of stuff isn’t any fun to read or watch, but that doesn’t stop us from studying it!

I’m not trying to suggest that China studies is – or is going to be – full of people with the exact same kind of dismissive attitudes towards Chinese products. Â But it is a fact that there’s a pervasive attitude about China (one that is, in some ways, deserved – which I’ll touch on in a bit) that shows up a lot in the press and does shape many people’s attitudes towards many aspects of culture in the PRC in the present. Â I really have very little doubt that we’re going to run into something of the same issues that Chen Xiaomei refers to – the out of hand dismissal of cultural production. Â Perhaps a viewpoint like: “China is good for knockoffs (some good, some bad), flagrant violations of intellectual property rights, and being home to an astonishing number of people engaging in piracy of all kinds. Â And who would want to bother studying products of that?” Â will be the 21st century equivalent of: Â “All Chinese ‘art’ between 1949 and 1976 is just propaganda, written by spin masters for the great masses of people clutching their Little Red Book and singing along to one of the eight model operas. Â And who would want to bother studying products of that?” (Both of these statements are, of course, wild imaginings on my part, but sometimes they don’t seem that far off the mark)

Obviously, pirated products are serious business on a number of levels (look no further than the melamine-laced milk scandal of 2008, which eventually resulted in a couple of death sentences being handed out). Â It can be really hard to wind up with legitimate products – shanzhai å±±å¯¨ (in current parlance, imitations or pirated things – its original usage meant “mountain strongholds,” places far outside of official control, where bandits and warlords reigned supreme) are all over the place. Â I once headed down to one of the big electronics markets in Shanghai to buy a replacement charger for my Nintendo DSi – one shop tried to sell us a “Nintondo” brand charger with a straight face. Â Is the one I eventually wound up with (labeled Nintendo) real? Â Probably not – but who knows? Â It’s a common occurrence. Â There has been much sport had in the foreign press with Chinese knockoffs – everything from the “Vii” console to the Disney knockoff Beijing Shijingshan Amusement Park åŒ—äº¬çŸ³æ™¯å±±æ¸¸ä¹å›­ (it’s owned & run, incidentally, by the Shijingshan District government). 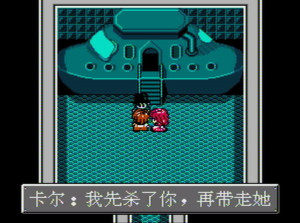 Why yes, that IS a submarine inside the Titanic

On the other hand, there is stuff that is both a knockoff and quite interesting. Â One of my favorite examples is the horrible-sounding shanzhai NES cartridge, Titanic 1912 (Taitannike hao æ³°å¦å°¼å…‹å·)Â – an RPG based on Titanic, the movie with Kate Winslett and Leonardo DiCaprio. Â The post describing it over at Cinnamon Pirate remains, to this day, one of my favorite pieces of game journalism ever. Â I laughed until I cried the first time I read it (I originally posted it on Kotaku in 2008), and have done so a couple of times since. Â Obviously, neither Paramount nor 20th Century Fox signed off on this puppy – it’s copyright violation of a pretty clear stripe. Â On the other hand, it’s not just a copy of an existing game. Â It may be a bad game, but so are a lot of AAA titles. Â The question for me here is: what do we do with stuff like this?

Or, another example from Cinnamon Pirate: the NES port of Final Fantasy VII (originally released in 1997 for the PlayStation). This one is a little less interesting than Titanic 1912, but I’m still not comfortable putting this type of production in the same category as the Black Swan DVD I got on Wulumuqi lu last month. Â Copyright violation? Â Absolutely. Â But it’s not just a flat out copy. Â Again: what do we do with it? Â Dismiss it as evidence of a lack of Chinese creativity and a desire to make a buck off of someone else’s hard work?

Returning to Andrew Jones, this isn’t simply a matter of lousy Chinese imitations – there’s more going on here, both with the acts of making, selling, purchasing, and playing these things (both the “actual” knockoffs, as well as the “imitation” games that structure themselves after foreign creations), and the reason it’s happening in the first place. Â There is a need to resist the urge to merely leave the “Chinese” as adjectival. Â We need to consider how all parties “have been and continue to be inextricably bound up in a larger and infinitely more complex process.”

Part 2: On approaching piracy & imitation in China as an object of study