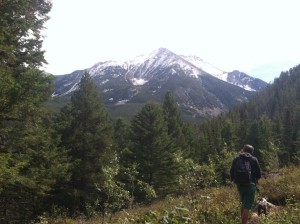 The semester is back in full swing here in Montana, and I’ve been feeling like I’m drowning on multiple levels (though I have had the time for some nice hikes the past two weekends, which has made me and the dog super happy!), but still trying hard to keep my head above water. It’s good for reminding myself that IÂ can cope with stressful situations with (relative) aplomb, but has made those precious hours at home where I can just veg out, embroider, or watch mindless TV all the more magical. I preordered the latest Theatrhythm months ago & had completely forgotten about it, so when it showed up late last week, I was totally delighted (more low-stress, repetitive task activities to distract myself with!) – despite being completely & utterly disgusted with the whole cultural edifice of “videogames.”

The past two months (give or take a week or two)Â have been utterly insane on the internet, at least in the world of videogames. I was going to describe it as a ‘kerfluffle,’ but the campaign of harassment and vitriol has been totally appalling (this is too light a descriptor) to watch from a distance. Although I don’t write about games much anymore – and even then, write only here, sporadically – I still have a number of friends and acquaintances who are involved in the “games criticism/journalism” community in some capacity or another, and I spent several years pretty close to it on account of my then-significant other. The past few months have been pretty bad, with a lot of talented writers (particularly women) exiting the space for a number of reasons, anger from freelancers over their working conditions (similar in many respects to the adjunct crisis), many things just seeming pretty untenable as writers scramble for limited Patreon dollars to try and support themselves, etc etc. A lot of these issues aren’tÂ new, but theyÂ haveÂ reached a boiling point. The past couple of weeks have just added to that, and it’s hurt to watch people I care about be targeted, one after another (and just when it seems to be dying down, it comes back with a vengeance …).

At some point, while watching crazier and crazier things be retweeted (my only contribution was replying to people I know: “These people can’t be serious. They CAN’T.” If it were satire, it would be brilliant and cutting – but sadly, I think it was (is) all being spoken or typed with the utmost seriousness), I had this weird thought:Â My “career” happened during a golden age. I’m teaching a course on “memory & culture,” and talked early in the courseÂ about the development of Chinese historiography;Â we ponderedÂ the mythical “golden ages” discussed by ancient historians in various places. Of course, it’s not only an ancient impulse (the “Back inÂ myÂ day” or “Kids these days” – or, more elegantly phrased by Cicero,Â OÂ tempora o moresÂ – point of view is something every generation needs to come up with). Part of the strange thing about the way people (namely, those who seem to think that the current state of games journalism is Really Awful and Something Needs to Be Done) are talking about games journalismÂ nowÂ – or criticism, or blogging, or the Twitterverse, or whatever – is that they seem to believe there’s some amazingÂ mythical past where everything was fine and to their liking. I’m not sureÂ whenÂ they’re talking about – four years ago? Seven (when I was writing)? Ten? Twenty? Never? I tend to slot this mythical age of Perfect Games Journalism in the same category asÂ the Yellow Emperor.

It’s made me sad to watch: all of this, but particularly this latest outburst. Things didn’t used to be like this. I don’t think the period I was writing wasÂ really a golden age – there is so much smart writing on games now, and much easier ways to connect with people who are interested in the same sorts of things you are! – but on the other hand …. I got the job at Kotaku after Brian Crecente made a post specifically looking forÂ women writers. I don’t remember any hue and cry over this, and Kotaku did in fact hire not one, butÂ two women (I was deemed – justifiably – a bit too dull for weekday rotation, but was offered a weekend spot). I wonder what would happen now? Would a major site put out such a call (based on the recent hires, I’m going to go with ‘no’)? Would there be rants, raves, and death threats over a perceived “social justice warrior” agenda? Probably, is the sad answer. The toxicity that makes it so that I don’t even want to look at games-related tweets on my Twitter feed, for example, just wasn’t such an issue. Oh, sure, there were grumpy, sexist, asshole comments even then (Ian Bogost’s constant wise counsel was ‘Don’t read the comments!’) – but a coordinated harassment campaign? No. I don’t mean to imply that my experience was the norm; but considering the targets of these recent campaigns, I have a hard time imagining I would’ve escaped unscathed were I still writing – and it quite simply never occurred to me that someone would be threatening my life & make me move out of my house due to what I was publicizing in whatever way. And I was pretty paranoid about putting myself out there on the internet! 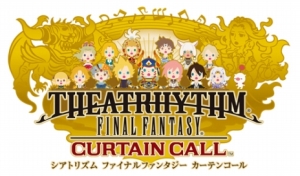 Compared to the average history professor, I suppose I’m something of an “insider” as far as games go, but I recognize that for game studies – never mind the enthusiast group – I’m on the fringes, at best. Even when I was writing about games, I didn’t playÂ everything; these days, with time at a premium, I’m far less likely to do so. JRPGs are my poison of choice, and I plink away at a couple of games of a far more casual varietyÂ on my iPad when I just need to be distracted. Chances are, if I’m going to invest significant time into a game, it’s going to be something already known and loved (i.e., old). In a word, I’m boring, behind the times, and not a particularly good example of a person who plays a lot of AAA games (or indie games. Or, really, ANY kind of games). I’m never going to be a “games writer” ever again; on the other hand, I doÂ love videogames (some of them, at least).

I don’t love them because of the shit that’s happened the past 2 months. I don’t want to teach with them because of the incredibly toxic community that’s grown up around them – truly, far and away more toxic than I remember anything being 7 years ago. I’ve been playing the latestÂ Theatrhythm release for 3DS (I do haul that around with me everywhere, even though Bozeman is aÂ terrible place for streetpassing!) & reliving “Great moments in gaming past.” Just hearing the music from well-loved titles from many years ago has sent me on a nostalgic bent – it’s not something exclusive to games (I certainly get the same feelings with the right kind of literature or non-game-related music, for instance), but it is a bit funny how bound up certain game memories are with bigger life memories.Â That’s why I will always play games in some capacity or another.

I remember watching the end ofÂ Crisis Core (which I sorely wish would be re-released!) at some point during my first year of grad school, on a PSP I’d bought myself as a Christmas present on a total whim. I loved it. I loved the gameplay, and the story, and the music. IÂ really loved the music (despite not being much for dramatic guitar riffs – but damn, is that a good theme). As I often do, a few months later, I once again clocked through the game after that first frantic playthrough. It was good (more than good). It came at a difficult point in my personal life, and I remember sitting out on the concrete steps of my crappy apartment in a so-so San Diego neighborhood, with my big wonderful black dog keeping watch from inside the steel security grate, while I was drinking canned Kirin Ichiban and smoking cigarettes, playing through the ending (again!), and thinking how sad it all was.

I had weird intimations of that moment this week, as I motoredÂ throughÂ Theatrhythm & was delighted to discover songs fromÂ Crisis Core were included (along with a lot of other things). I love that feeling. It’s why I still bother to buy games (chasing that particular high of wanting to playÂ more more more!), add to my console collection, still have game music in my collection, still have old consoles and handhelds hanging around. I remember howÂ this made me feel, orÂ that, orÂ that. Those feelings often come burbling up at incredibly appropriate times. 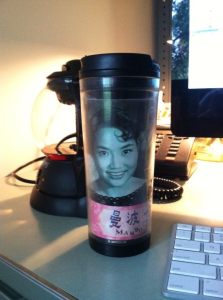 My office tea mugÂ is known asÂ Mambo Girl (æ›¼æ³¢å¥³éƒŽ), after the film that graces it. It’s a “homemade” mug – the kind that screws apart so you can put whatever you’d like inside as the decoration – the image trimmed from a DVD cover. I have had it since 2006, and it’s older than that – my friend carried it for some length of time in Taiwan. The night she, her partner, and their Shiba Inu left Taiwan, we were frantically stuffing things into suitcases and bags in that last panicked sweep of their apartment. I caught sight of Mambo Girl – “Cindy! It’sÂ Mambo Girl, youÂ can’t leave her here!” – but there was no room to bring her back to the US, so I took her & have carried her ever since. The lid has chew marks from that Shiba in his younger days (he is much older now – he even has arthritis!), and I’m sure most people would look askance at using a mug that’s pretty ancient, as far as these things go, and has been chewed on by a dog. But I get a kick out of those youthful chew marks, and remember watching the actualÂ Mambo Girl film in Berkeley on my first trip out there, and every time I pour some tea into her (uh, it), I feel warm and fuzzy with the weight of happy memories. Not unlike when I return toÂ well-loved game worlds.

Things like the past few months make me glad I’m happier returning to the past than excitedly looking towards the future, at least insofar as games are concerned; unlike many people I know, I can ignore this stuff these days. I’ve gone through periods wishing I were more involved in the writing community, but having watched what my friends and other people I think highly of have gone through, I’mÂ happy I haven’t. That’s a sad, sad statement of affairs.