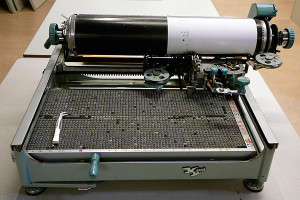 I just returned from a rousing Association of Asian Studies annual conference in Philadelphia, which is the annual gathering to wallow (in the most wonderful way) in Asian studies for a few days with old friends & new friends. What follows are some (probably confused and somewhat random) thoughts on the panel I was part of (part I) & some expansion on things I only touched on in a few minutes (part II) – I think we’d all like to keep a conversation going & I hope this year’s AAS (and our panel) was a piece in getting that conversation going and sustaining it.

I was part of a roundtable called “Charting the Digital in Asian Studies: Promises, Realities & the Future of Teaching and Research.” It was spearheaded by one of my best friends in the field, Amanda Shuman (PhD candidate in East Asian history at UC Santa Cruz) – we talked last spring about getting a panel on “digital humanities” together (because we’re not really doing as much discussion as a fieldÂ about tools & methodologies for teaching & research as we should) & Amanda did the legwork. To our great surprise, we were actually accepted. Amanda was unable to attend in person this year because she was recently delivered of child, but she Skyped in to the panel (the technical issues are a story for another day, I suppose).

I was really delighted to be included with a very experienced panel of fellow Asianists doing some really amazing work.Â Hilde de Weerdt (professor of Chinese history at Leiden) was our discussant & also introduced her own very new course aimed at getting students both working with classical Chinese sources & using digital tools to map those sources (in this case, correspondence). We also had Alan Christy (professor of Japanese history at UCSC), who I met for the first time (having heard a lot about him from Amanda) last year when he graciously allowed me to tag along to a workshop in Santa Cruz set up to discuss a long-running UCSC course with a significant digital component (Eternal Flames: Living Memories of the Pacific War). This go-round, he discussed another project with students involving a large collection of photographs of Okinawa in the 1950s, also under the auspices of the Center for the Study of Pacific War MemoriesÂ at UCSC. Sue Fernsebner (professor of Chinese history at University of Mary Washington) – my undergrad mentor who I’ve written about hereÂ – talked about her experiences designing and implementing an undergraduate methods course with digital components (she posted some links & description over on her blog). Finally, Nick Kapur (post-doc at the Reischauer Institute of Japanese Studies at Harvard) discussed his involvement in Harvard’s Digital Archive of Japan’s 2011 Disasters.

It was in one respect a little disappointing (having absolutely nothing to do with my fellow panelists or our discussion!): it seems a shame that there are so few panels at the “premier Asian studies conference” dealing with the practical matters of teaching & researching concerns (related to the digital or not; but bluntly, I think the issues we were talking about were largely just as useful for people who have no interest in “the digital” or computational tools). Ian Bogost, one of my favorite (and grumpiest) people in academia, has written a fair amount about the problems inherent in these “digital humanities” discussions (and certainly, a lot of other people have, too). I’d like to think we weren’t simply (in Ian’s words) “pat[ting] ourselves on the back for installing blogs and signing up for Twitter” – I am always keenly aware of the general lack of knowledge among historians at large. The general theme of our roundtable was access (in various permutations), and in its teaching manifestation, one even the technophobes among us should be interested in: how do we, as Asianists, get our students into sources – beyond the limits of those available in translation – when our students generally don’t have the capability to read those languages?

This isn’t a “digital humanities” problem, it’s a “we teach things in languages other than English” problem. Alan described the types of discussions he’s had with students who come in wanting to research a variety of topics. “Do you read Japanese?” he queries. Of course they don’t. “Well, there are all sorts of things in Japanese; nothing in English; sorry, pick something else.” I’ve only been installed in a faculty position since last August &Â I’ve had this same conversation multiple times. “Great idea!” I say, when a student trots out an interesting research topic, but one I know that’s simply not feasible given linguistic limitations. “But you can’t.”Â  I jealously look at my Americanist colleagues, who can cull from their plethora of English-language sources to find things their senior capstone students can work with. It’s not that I don’t have sources; I have tons of them! But they’re in Chinese. I would love to find ways to introduce my students to sources that are not only in my generalÂ area and happen to have found their way to English translation (to have a useful collection of sources – in English – like this is rare enough; one reason Sue’s methods course was based on the Taiping Civil War, since there is a weighty 3 volume set of documents/documents in translation), but things I have worked with extensively in myÂ own research.

It’s really inspirational (I hate using that word; it sounds schlocky in the context of teaching, but it’sÂ true) to listen to Alan talk about taking students whoÂ don’t read Japanese intoÂ Japanese archives in Japan and having them really get into sources. Obviously, they can’tÂ read them, but he noted that students’ abilities to suss out relevant sources is really quite impressive – particularly considering their lack of linguistic skills. How might we use digital tools to facilitate that sort of experience? Who doesn’t want their students to be excited about research – excited about archives – and to have them being excited about doing work in a foreign language they don’t know? Wow!

That’s why it’s disappointing to me that we had a somewhat sparsely attended panel at our “premier” conference, because I really think this is the sort of discussion that is most fruitful at a place like AAS. Sue mentioned that the American Historical Association conference had a lot of panels concerned with teaching & research methodologies; I’d like to hear from historians in other areas (and I do like hearing what methods, tools, and approaches my colleagues are using), but honestly, I want to hear from people who teach classes in areas likeÂ me. I want to hear Alan, Hilde, Sue & Nick (and others) talk about how we get students into foreign language materials in productive ways – and yes, that often involves what falls under the heading of “digital humanities.”

I think Ian’s criticisms from a few years ago of “digital humanities” are well taken, but one reason that I occasionally feel a little defensive is that a great many other people aren’t trying to lead undergrads through a very foreign history, where the tools of our trade are things in foreign (and very difficult!) languages. Can you blame us for getting a little excited about what must seem very pedestrian tools and oh-so-twenty-years-ago methods to academics in compsci or other “computational” fields? Ian talked, in a 2011 post, about the problems of “digital humanities” borrowing, rather than inventing, tools:

… the digital humanities more frequently adopt rather than invent their tools.Â This is a complicated issue, related to the lack product development and deployment experience in general among humanists, and their lack of computational and design abilities in particular. (By contrast, most scholars of physics or biology learn to program computers, whether in FORTRAN or MatLab or with even more advanced and flexible tools.)Â As a result, digital humanities projects risk letting existing technologies dictate the terms of their work. In some cases, adopting existing technology is appropriate. But in other cases, the technologies themselves makeÂ tacit, low-level assumptionsÂ that can’t be seen in the light of day. While humanists can collaborate or hire staff or otherwise accomplish technical novelty, it’s often at a remove, not completely understood by its proponents. The results risk reversing the intended purpose of the humanities as public spies: taking whatever works from the outside world un- or under-questioned.

This is all very true (and a good cautionary point – Alan & Sue both talked about their efforts at learning more of the ‘under the hood’ stuff); on the other hand, most scholars of physics or biology don’t learn Chinese, Japanese, Korean (on top of much more pedestrian European languages, of course) and their classical antecedents in some combination. On some level, griping at us because we don’tÂ also program is just dumping salt into the wound of language acquisition (which we already have to do a lot of). How can we design tools – or even know what we’d like to accomplish – if we haven’t mastered the basic tools of our historical trade? On the other hand, when do we learn how to program? During grad school? While scrambling to get tenure? After tenure? Never? Since I do hang around the edges of game studies, I know a lot of people (including Ian) who are incredibly technically proficient and IÂ never forget that I’m barely competent in the most basic of ways when it comes to using technology. But do I really have to try and catch up to them, on top of just trying to be the best Chinese historian I can be? Is anything less than this just feeding the problem – amÂ I one of those people patting myself on the back for being barely technologically competent? I’d like to think not, but I don’t know.

In any case, some of this is very specific to certain subsets of the historical discipline, which is precisely why I’d like to see more discussion and debate at our conferences (and ourÂ big conference in particular). It would sure beat seeing yet another person stand up and read us a 10 page paper in a flat monotone, don’t you think?

Speaking of patting ourselves on the back for using Twitter, the live tweeting at AAS is pretty dismal (and that’s being generous), much to my chagrin; but (not surprisingly), all of my fellow panelists can be found there: